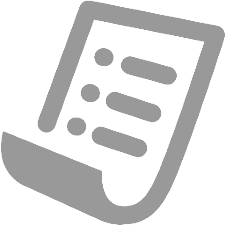 The Bohol Island State University (BISU), formerly the Central Visayas State College of Agriculture, Forestry and Technology (CVSCAFT),  is a public institution of higher learning in Bohol, Philippines. The institution operates campuses spread throughout the province, with the main campus in Tagbilaran city, Bohol.

By virtue of Republic Act No. 9722 (An Act Converting the Central Visayas State College of Agriculture, Forestry and Technology, its Units and Satellite Campuses in the City of Tagbilaran and in the Municipalities of Bilar, Candijay, Clarin, Calape and Balilihan, All Located in the Province of Bohol to Be Known as the Bohol Island State University (BISU) and Appropriating Funds Therefor) CVSCAFT became BISU, the third university on the province of Bohol and the first State university. The Bill was authored by Congressmen Nerio Uayan, Roberto Cajes, Adam Relson Jala, Cynthia Villar and Junie Cua on February 16, 2009. It was approved by the Senate on August 18, 2009. President Gloria Macapagal-Arroyo signed the bill into law on October 14, 2009, and it took effect on November 9, 2009.

The BISU Main Campus Alumni Association is a non-profit organization. Its purpose is to foster, maintain and support a mutually beneficial relationship between alumni and the University. The Board of Trustees, comprised of BISU Main Campus alumni, governs the Association by setting policy, providing guidance for the Association’s programs and activities, and represents the interests of alumni to the University. Service on the Board of Trustees is open to any interested alumnus.